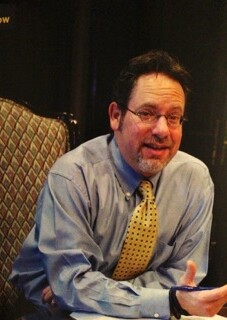 Mr. Murdock grew up in Philadelphia, Pennsylvania.   He attended the University of Denver where he majored in History and minored in Chemistry.  He then attended Case Western Reserve University School of Law where he obtained his Juris Doctor.  While there, he wrote an article that won a national writing competition and was published by the American Judges Association entitled “Hedonic Damages in Wrongful Death Actions.”   That article also won him acclaim in the Wall Street Journal.  During law school, Murdock worked for noted Plaintiff attorney Joel Levin at Nurenberg Plevin Heller & Mccarthy. He was immediately thrust into large Plaintiff cases involving business disputes and catastrophic loss.

After law school, Murdock moved to Las Vegas where he worked for Beckley Singleton DeLanoy Jemison & List.  He worked specifically for Drake Delanoy where within a ½ hour of being sworn in, he was on a plane to take his first deposition.  Thousands more would follow.

In 1992, Murdock left and opened his own firm.  Within a very short time, Murdock began representing victims of serious crimes and became a mainstay in Las Vegas newspapers, television news and CourtTV.  Many of his cases are in the public interest and are featured in the media.  Mr. Murdock has lectured extensively on Catastrophic Injury Cases and Litigation and has been retained as an Expert Witness with regard to litigation matters.

Over the years, Mr. Murdock has earned his reputation as a lawyer who fights for his clients.  Sometimes this means he must litigate other, separate claims in order to maximize his client’s recovery.  On one occasion, Mr. Murdock’s client was employed by Guardsmark as a security guard assigned to patrol Timet.  The client fell in an abandoned pit and was severely and permanently injured, and confined to a wheelchair for life.  The client’s medical bills were nearly one million dollars and his worker’ compensation insurer attempted to reduce the amount of the client’s recovery by bringing a separate claim.  Mr. Murdock fought this “case within a case” and convinced the Nevada Supreme Court that the amount of his client’s recovery should not be reduced by the insurance company’s claims.  This case is reported as Am. Home Assur. Co. v. Eighth Judicial Dist. Court, 122 Nev. 1229, 147 P.3d 1120 (2006). This result is particularly remarkable because Mr. Murdock had to convince the Nevada Supreme Court to overrule its prior cases.

Mr. Murdock has been recognized as a Super Lawyer as one of the top attorneys in Nevada, Utah, Montana, Idaho and Wyoming.  Mr. Murdock is a member of the Million Dollar Advocates Forum which is limited to trial lawyers who have received verdicts in excess of One Million Dollars. In 2009, Mr. Murdock received an award from the American Trial Lawyers Association naming him one of the Top 100 Trial Lawyers.
Murdock is AV Preeminent Rated by Martindale Hubbell.

KeachMurdock is an association of professional corporations dedicated to helping victims.